“Old age these days seemed to need as much investment and capital as starting up a business.”

Every Thursday, three retired school teachers have their ‘coffee o’clock’ sessions at the Thirsk Garden Centre café. But one fateful week, as they are catching up with a slice of cake, they bump into their ex-colleague, Topsy. By next Thursday, Topsy is dead.

The last thing Liz, Thelma and Pat imagined was that they would become involved in a murder. But they know there’s more to Topsy’s death than meets the eye – and it’s down to them to prove it. 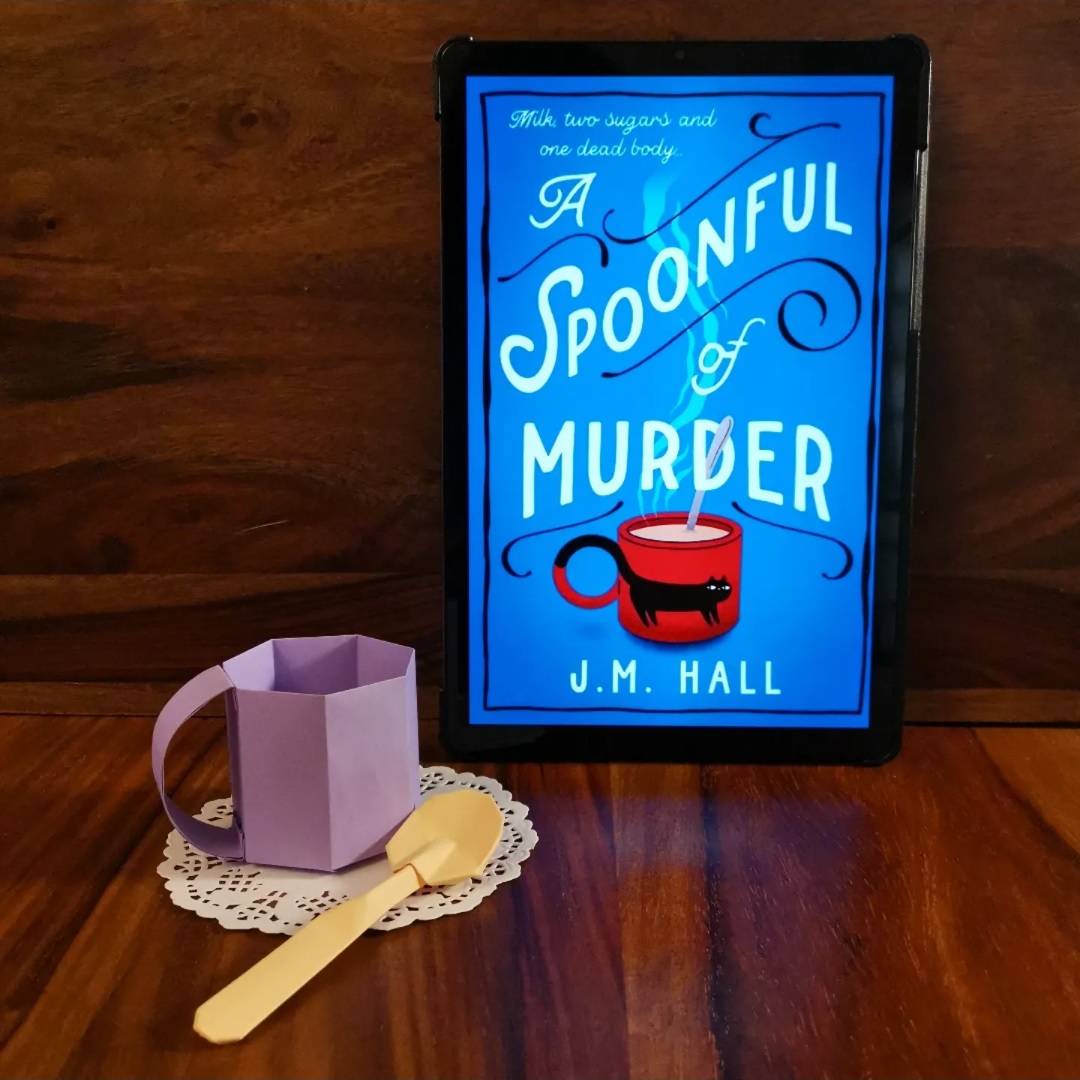 This was yet another cover-caught-my-attention-so-I-want-to-read book (but don’t go in expecting any cats because there are none).

Pat, Liz, and Thelma lead relatively quiet lives with the highlight of their week being their sessions together at the café. Meeting Topsy after ages, they are shocked to learn she has dementia which has progressed since the death of her husband. Even stranger is their exchange with her during which she reveals some details about her life that don’t make sense. Grateful she has her daughter to care for, they decide to look in on her every now and then. They never get the chance.

It took me some time to get into this book as the characters of the three women seemed to blend into one another making it difficult to recognise who’s who. Only when the mystery began to deepen did they seem to be unstuck from each other.

That this is a cosy crime mystery with the main characters above the age of 50 greatly appealed to me. I enjoyed following Pat, Liz, and Thelma on their mission to uncover the truth behind Topsy’s death as they fight their insecurities and apprehensions.

The book touches upon challenges of old age and how vulnerable it makes you even as one strives to fight it. The chapters have an unusual naming convention which I thought was unique and interesting.

Even though I’d say this was slow, it was an overall pleasant read with warm humour, ideal to curl up with over a weekend.

A Spoonful of Murder by J. M. Hall. Due to be published on 17th March 2022 by Avon Books, an imprint of HarperCollins UK. This ARC courtesy of NetGalley and Avon Books.

About Photo: The title explains the craft I made to pair with this book. I’ve been waiting for an opportunity to make this spoon and this was ideal pairing.
This coffee cup is a papercraft creation and the spoon is made with origami. They both use 80gsm paper.

About the Author: J.M. Hall is an author, playwright, and deputy head of a primary school. His plays have been produced in theatres across the UK as well as for radio, the most recent being Trust, starring Julie Hesmondhalgh on BBC Radio 4. His first novel, A Spoonful of Murder, is about retired primary school teachers who turn to sleuthing.
You can find him on Instagram.