“‘If I could go back to being sixteen again, I’d do things differently.’
‘Everyone over the age of forty feels like that, you total gom,’ says my best friend Lizzie Magee.”

When she was young, Mary Rattigan wanted to fly. She was going to take off like an angel from heaven and leave the muck and madness of troubled Northern Ireland behind. Nothing but the Land of Happy Ever After would do for her.

But as a Catholic girl with a B.I.T.C.H. for a Mammy and a silent Daddy, things did not go as she and Lizzie Magee had planned.

Now, five children, twenty-five years, an end to the bombs and bullets, enough whiskey to sink a ship and endless wakes and sandwich teas later, Mary’s alone. She’s learned plenty of hard lessons and missed a hundred steps towards the life she’d always hoped for.

Will she finally find the courage to ask for the love she deserves? Or is it too late?

This story is set against the backdrop of The Troubles, or the Northern Ireland Conflict as it is known internationally. With the heavy influence of the church and a rigid code of social and religious norms to abide by, Mary feels stifled in Carncloon. She is determined to pave her way out of here and knows only two ways to it – a good education and her boyfriend who will surely take her away with him. But after a moment of weakness, sixteen year old Mary finds herself pregnant. Her Mammy quickly arranges Mary’s wedding to a young farmer in the village so she can legitimise her shame. But all Mary can think of is that she is alone, locked in a forced marriage, and no way out to the future she desperately longed for.

Mary moves in to the Johns’ home where she shares a roof with her husband and his mother but lives in a separate room. She blames herself for her situation as well as for becoming a burden on the Johns’. Bridie Johns makes every effort for Mary to feel a part of the family and slowly, life begins to settle. Once Mary’s baby arrives, John Johns dotes on her, yet Mary considers him to be an outsider to her little family unit of two.

Over time, Mary and John develop an intimacy in the bedroom and Mary goes on to have a total of five children. However, emotionally, the couple is as far apart in all other spheres of life as possible. Mary continues to carry a misplaced guilt and resentment in her heart which only serves to drive the wedge in their relationship deeper.

“I’m not yours, I said to his dreaming face once more for my own sanity, and you’re not mine.”

Even though Mary has spent the last two-and-a-half decades in John Johns’ home and built a life and family, she has the emotional intelligence of a child which only complicates issues. When Birdie passes away, there is no one to keep the balance between their tumultuous relationship and John, fed up of his life, leaves home.

It took me a while to really sink my teeth into Mary’s story. This was my first time reading something set during the Troubles and I re-read a few chapters to try and understand the context. But once I got caught into its momentum I was sucked in.

Tish Delaney’s debut is a searing novel about a woman struggling to come to terms with the reality of her life at a time when the world around her is burning. Her use of the vernacular in her lyrical prose brings out the Irish ruralness, both in its humour as well as pain. She writes with a raw emotion which, when expressed by her characters is heartbreaking.

An emotionally charged, coming-of-age story, this surprises you in how deftly it evolves into a romance novel, finding its way to where Mary truly belongs.

Before My Actual Heart Breaks by Tish Delaney. Published in February 2021 by Hutchinson, an imprint of Cornerstone, Penguin Random House UK. This ARC courtesy of NetGalley and Cornerstone.

About Photo: For this novel set in Ireland and only one day to go for St. Patrick’s day, I found this rotating leprechaun carousel. It is crafted from 220gsm cardstock in three colours using a template by Elaine Wolfe. 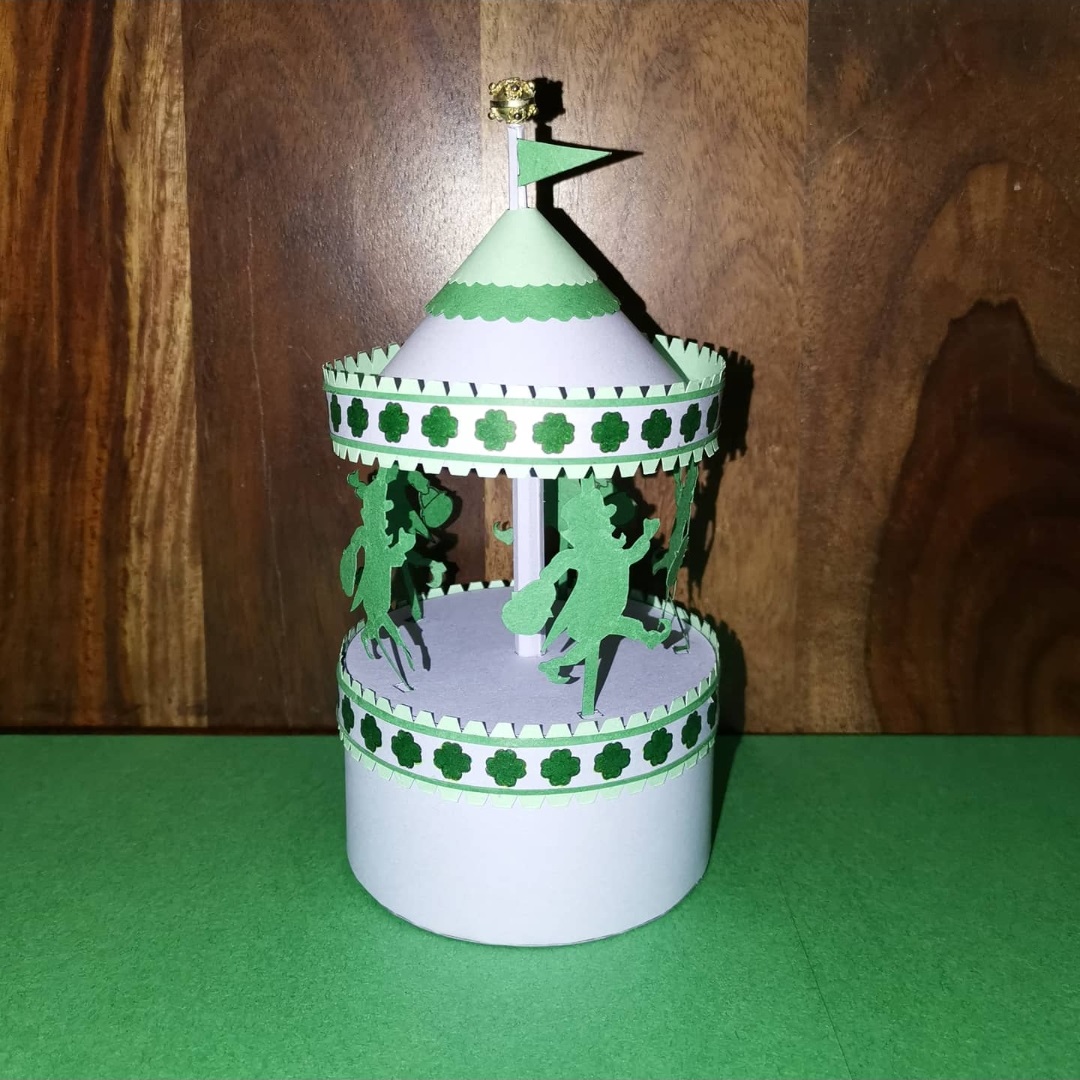 About the Author: Tish Delaney was born and brought up in Northern Ireland at the height of the Troubles. Like a lot of people of her generation, she left the sectarian violence behind by moving to England. After graduating from Manchester University, she moved to London and worked on various magazines and broadsheets as a reporter, reviewer and sub-editor. She left the Financial Times in 2014 to live in the Channel Islands to pursue her career as a writer. Before My Actual Heart Breaks is her debut novel.
You can reach her on Instagram, Facebook and Twitter.

My last book haul comprised of illustrated books in varied genres and I couldn't resist adding the latest offering from David Walliams to the selection.
“I got okay being alone, and that’s not the same as being lonely. These can be inspiring words for a single person to hear, as being single is often considered synonymous with being lonely.”
"... the most dangerous things on earth are not guns, not bullets, not bombs. It's ideas. I mean, they are positively lethal. They can blow up reputations, assassinate characters, rip apart lives."
"And really, the best way to describe living with multiple personalities is to say it’s like taking care of a family— a very, very large family with me at the center— each personality in possession of different hopes, fears, desires, interests, aspirations and memories."
“Maybe if I fell asleep thinking of something else, like Pride and Prejudice, I would dream that I had a Mr. Darcy of my own. Isn’t that how a well-adjusted, single woman in her late twenties who was happy with her life behaved? It was, wasn’t it?”
“The best thing about niksen is the absence of a goal. It doesn’t serve a purpose but it’s wonderful.”
Update: This giveaway is now closed. Winners will be announced on Sunday September 26, 2021.
“Paper is a magical and diverse material… . Paper can be both a surface (used in practical and artistic ways) and a work of art in and of itself."
To define Nigeria is to tell a half-truth. Many have tried, but most have concluded that it is impossible to capture the true scope and significance of Africa’s most populous nation through words or images.