“We were singing from two utterly different hymn sheets, and for the first time in our marriage, I wasn’t sure I could see a way back to harmony.”

Frank hasn’t spoken to his wife Maggie for six months. For weeks they have lived under the same roof, slept in the same bed and eaten at the same table in an increasingly uncomfortable silence that has, for Maggie, become deafening. She isn’t sure what made Frank go quiet, although she has a few ideas.

Then, Frank finds Maggie collapsed in the kitchen, unconscious, an empty package of sleeping pills on the table. Rushed to the hospital, she is placed in a medically induced coma while the doctors assess the damage. If she regains consciousness, Maggie may never be the same.

Overwhelmed at the thought of losing his wife, will Frank be able to find his voice once again—and explain his withdrawal—or is it too late?

A lifetime together. Six months of silence. One last chance. 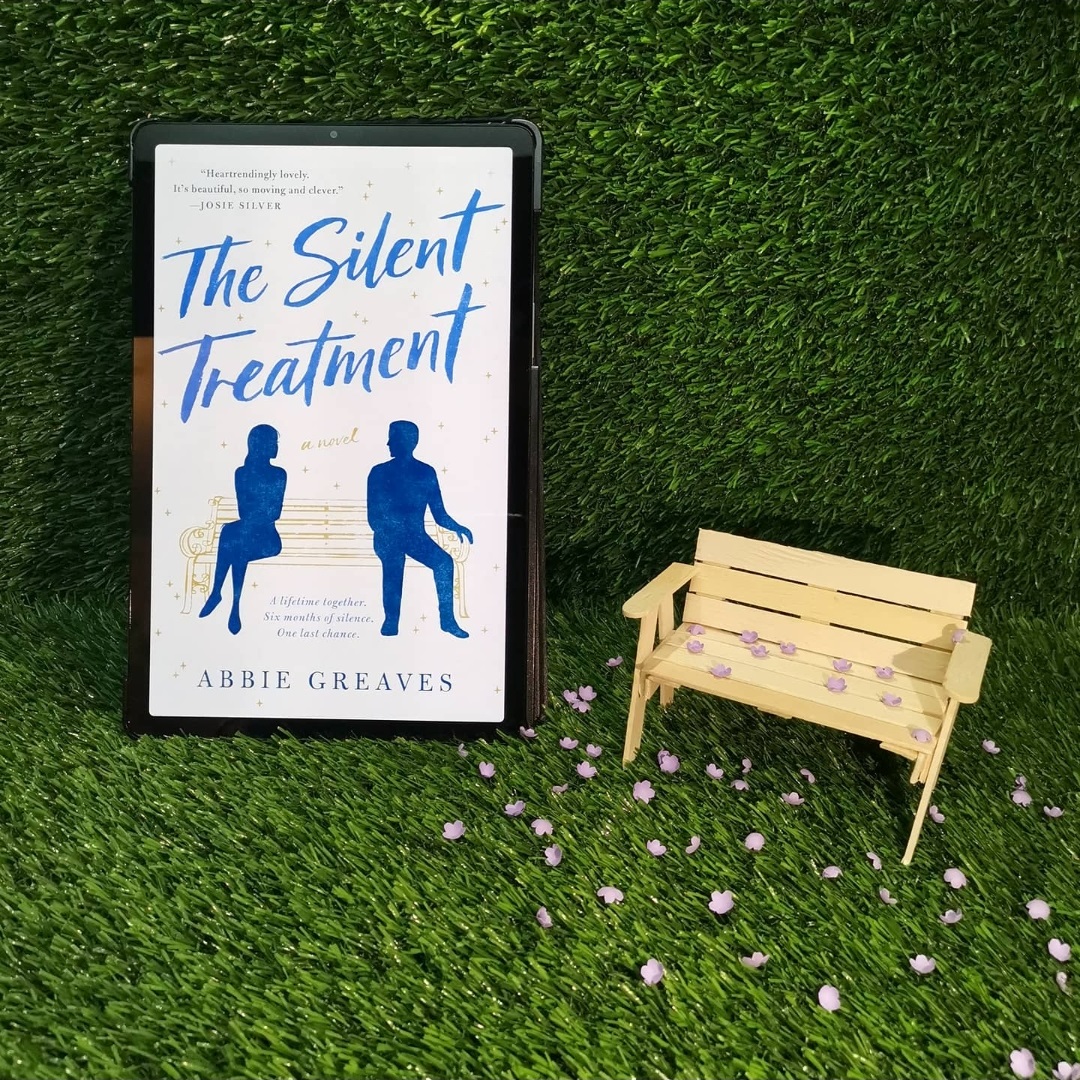 The Silent Treatment is a tale of nearly four decades of love and marriage picked apart in the silence of a husband and wife. As Frank watches Maggie hooked up to the machines keeping her alive, he realises he may never get the chance to tell her why he stopped speaking to her. Daisy, the nurse encourages him to talk to his wife, convincing him Maggie can hear him. And so Frank begins unravelling the secret he has held close to his heart all these months.

In the first part of the book Frank shares his perspective – from the time they met, fell in love and eventually got married. As he shares his side of the story, he also introspects on where he believes he may have been wrong, or could have done more to avoid being where they are now.

Then, forced to return home to get some rest, one evening, he finds Maggie’s journal which she uses for household management. Only, it turns out to be something entirely different. Therein begins Maggie’s version.

Between the two of them telling their story, the heart-breaking reality of their relationship is peeled layer by layer. What starts off as a romance novel about lost love, actually reads like a thriller – suspense building with each turn of the page. Their perception of their relationship as a couple, as parents, and as a family unit is polar opposite to that of their partner’s. It draws the contrast between how men and women think and process the same situation differently.

Frank and Maggie appear to be distinct pieces of a puzzle that fit perfectly only with each other. Their differences make them unique, while also complementing each other as long as life is good and normal. The moment they are faced with a challenge, the things that worked well, become their enemy. Their comfortable silences turn into chasms they were unable to cross.

I love the author’s writing – her expression, the way she constructs the narrative and develops each character, adding small, significant plot twists. However, somewhere at the point when it peaks, I felt let down. As if all that tension building up suddenly slipped through a hole and lost its big moment. I wanted more; needed the novel to churn my emotions at the end with something powerful which, sadly, it fell short of.

When I look at this only for Frank and Maggie’s story, which is really the core of this novel, and how choosing the right words make all the difference, I find myself captivated. A heart-wrenching tale capturing the intensity of a marriage and the power of love.

The Silent Treatment by Abbie Greaves. Published in 2020 by William Morrow, an Imprint of HarperCollins.

About Photo: The bench by the Thames, settled on a sunlit stretch of grass, holds fond memories for Frank and Maggie.
This garden bench is made using ice-cream sticks and is currently experiencing a flower shower due to the wind. The flowers are cut from 80 gsm paper using a 2cm craft punch. 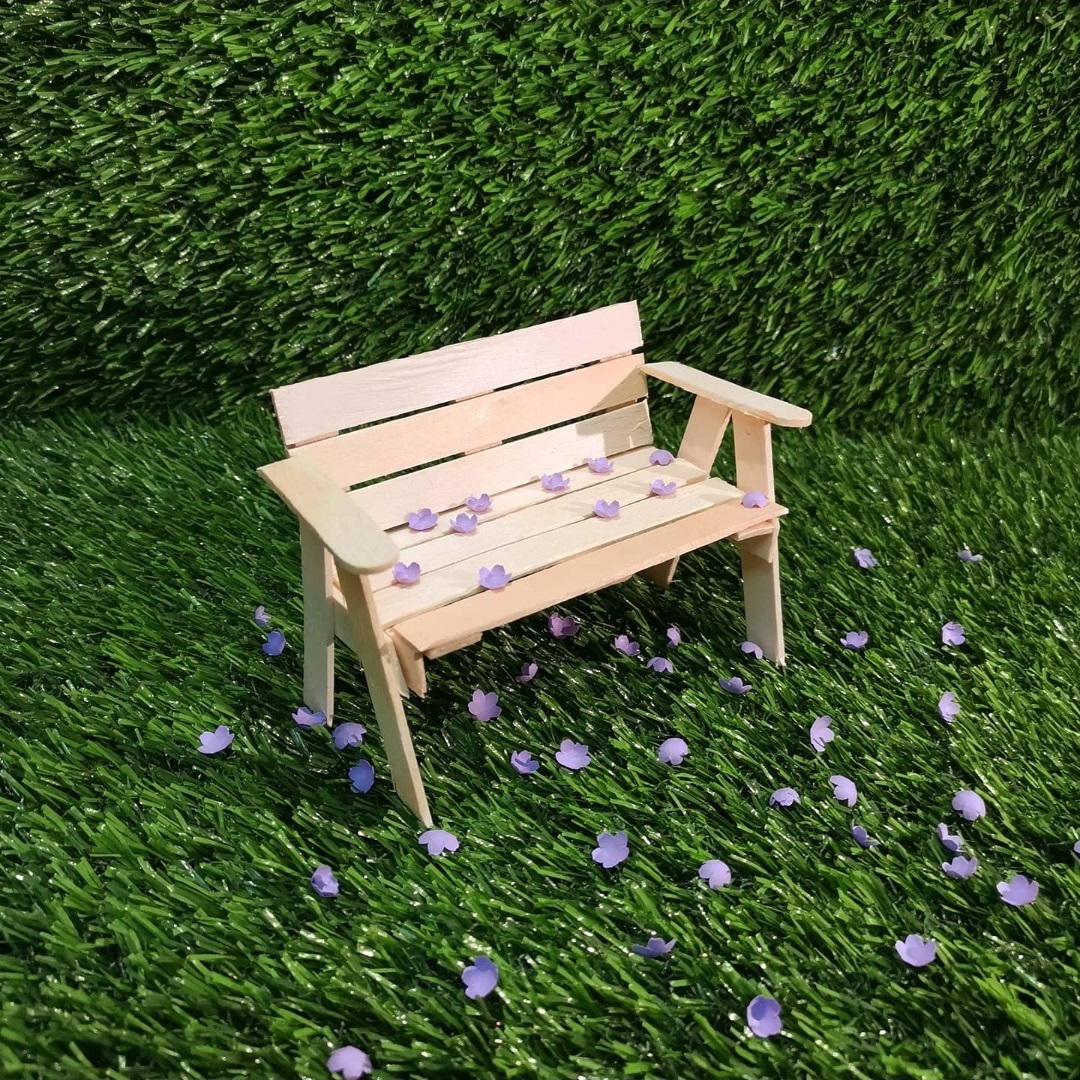 About the Author: Abbie Greaves studied at Cambridge University before working in a literary agency for a number of years. She was inspired to write her first novel, The Silent Treatment, after reading a newspaper article about a boy in Japan who had never seen his parents speak to one another before. Abbie lives in Brighton with her boyfriend.

One thought on “The Silent Treatment by Abbie Greaves | Book Review”