“Oh god no. Rossogolla eating contest? There was no way I was eating those orbs from hell. I stared at the syrupy concoctions in front of me, crowned with chillies, bits of fruit and silver foil.”

A retired judge drops dead at a swish party in Kolkata. The needle of suspicion points to Punjabi mirchi Dolly Luthra. Now it’s up to her friend, the strait-laced Mrinalini Sen, to don the detective’s hat and clear Dolly’s name.

Easier said than done when bodies start piling up and there’s a crafty killer on the loose. Will the two be able to put their differences aside and solve the murders?

Who would’ve imagined the sweet, syrupy rossogolla to be a murder weapon? That’s exactly how it turns out when not one but two people drop dead after consuming A Sweet Affair’s most popular fusion dessert – chilli rossogollas.

This murder mystery, though set in the upscale areas of Kolkata, offers a glimpse of the city’s old world charm. One that is not yet hijacked by swanky skyscrapers and garish new cafes and restaurants.

Mrinalini Sen is visiting her parents when she bumps into Dolly Luthra, her Gurgaon neighbour, at Kolkata’s glitzy new mall. Already disappointed at seeing the city having changed so much, Dolly is the last person she expected to see on this trip. There’s only so much of her she can tolerate at a time. Nonetheless, she accepts her invitation to attend Dolly’s brother-in-law’s tenth anniversary party for this chain of fusion dessert stores.

At this party, Mrinalini rubs shoulders with the who’s who of Kolkata and also meets some old acquaintances. The mood takes a drastic turn when a judge collapses dead on the floor after consuming a chill rossogolla from a plate offered by Dolly.

While Inspector Saha takes over the investigation, Mrinalini and Dolly get down to some sleuthing of their own to help clear Dolly’s name.

I enjoyed the camaraderie between the Bangalan, and the Punjaban. Their exchange induced laughter too loud for a midnight reading. I thought Mrinalini’s backstory, though briefly hinted, was left open ended with no middle or end. Even if the characters are following from a previous book, some background would have been better rather than keeping it vague. It may have helped in understanding the strange chemistry between Mrinalini and the Inspector.

The Kolkata setting is painted like a first love having changed beyond recognition. The traditional delicacies peppered throughout make your mouth water and the iconic landmarks urge you to visit before all is completely lost.

The buildup to the mystery with the two women chasing down clues lures you in and holds your interest. I did think the reveal was slightly rushed and too conveniently done. Even so, I would never have imagined the direction the story took. The author’s use of the narrative to emphasize long term effects of social bullying also amazed me.

A quirky entertainer, this cosy mystery is perfect to curl up with on a cold winter night. Make sure to have a hot beverage to keep the chills away (pun intended).

The Rossogolla Murders by Debeshi Gooptu. Published in December 2021 by Notion Press. This review copy courtesy of Blogchatter.

About Photo: The book mentions so many iconic elements of Kolkata that I had to bring it into this photo. This hand-pulled rickshaw, now used to ferry packages through the city, is made from 220gsm Ivory. The template is by Monkey-Design. 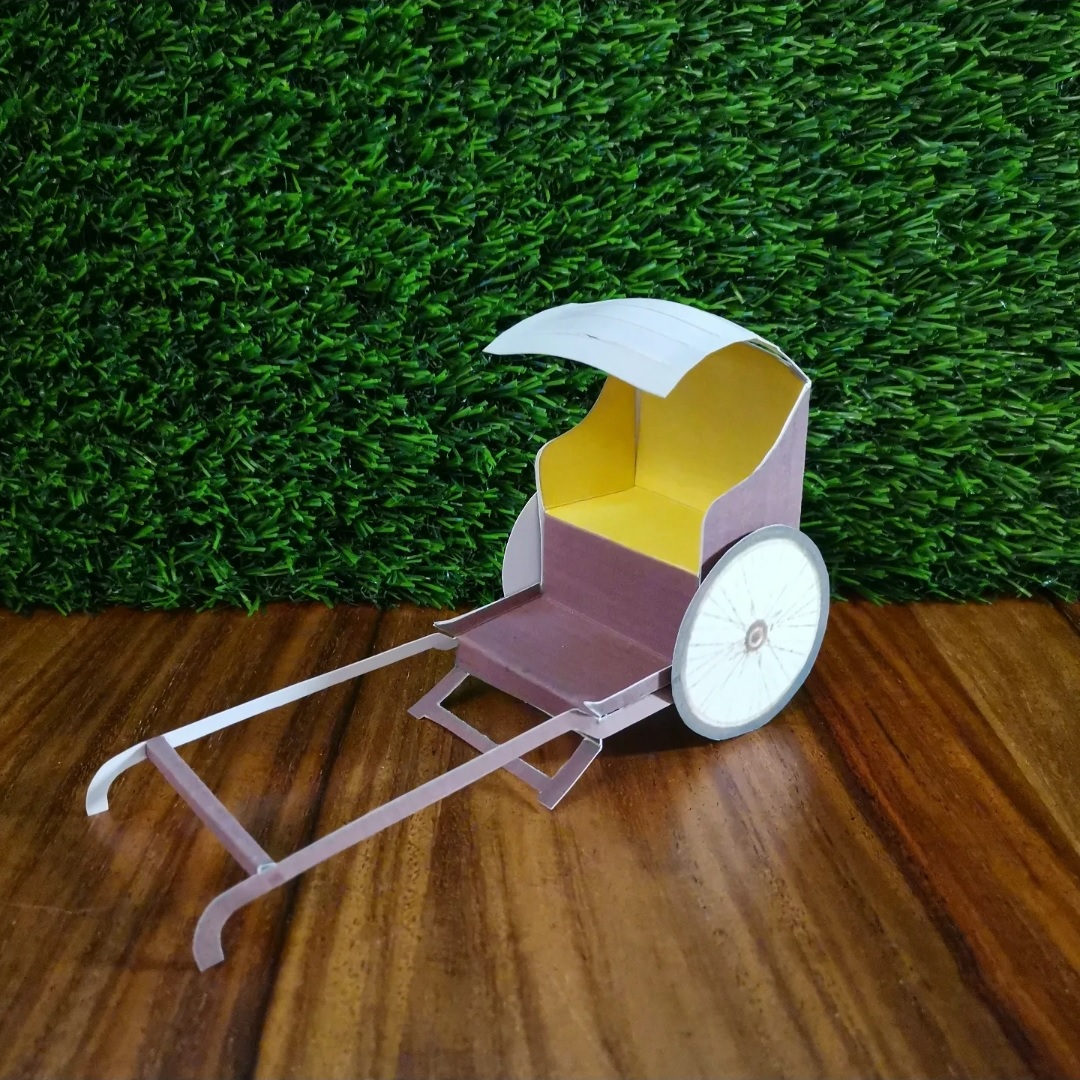 About the Author: Debeshi Gooptu is a business journalist turned author who lives and works in Gurgaon. She has written five novels and innumerable short stories. She is a closet pianist and musicoholic. If she wasn’t writing books, she would be playing music somewhere in the world.
You can reach her on Twitter, Instagram and Facebook.
This review is powered by the Blogchatter Book Review Program.