Some girl dies. Film editor Marissa has read better loglines for films, but still jumps at the chance to travel to a small island to work with the legendary – and legendarily demanding – director, Tony Rees.

Soon she discovers that on this set, nothing is as it seems. There are rumours of accidents and indiscretions, of burgeoning scandals and perilous schemes. In the midst of this chaos, Marissa is herself drawn into an amateur investigation of the real-life murder that is the movie’s central subject.

The only problem is the killer may still be on the loose. And he might not be done. 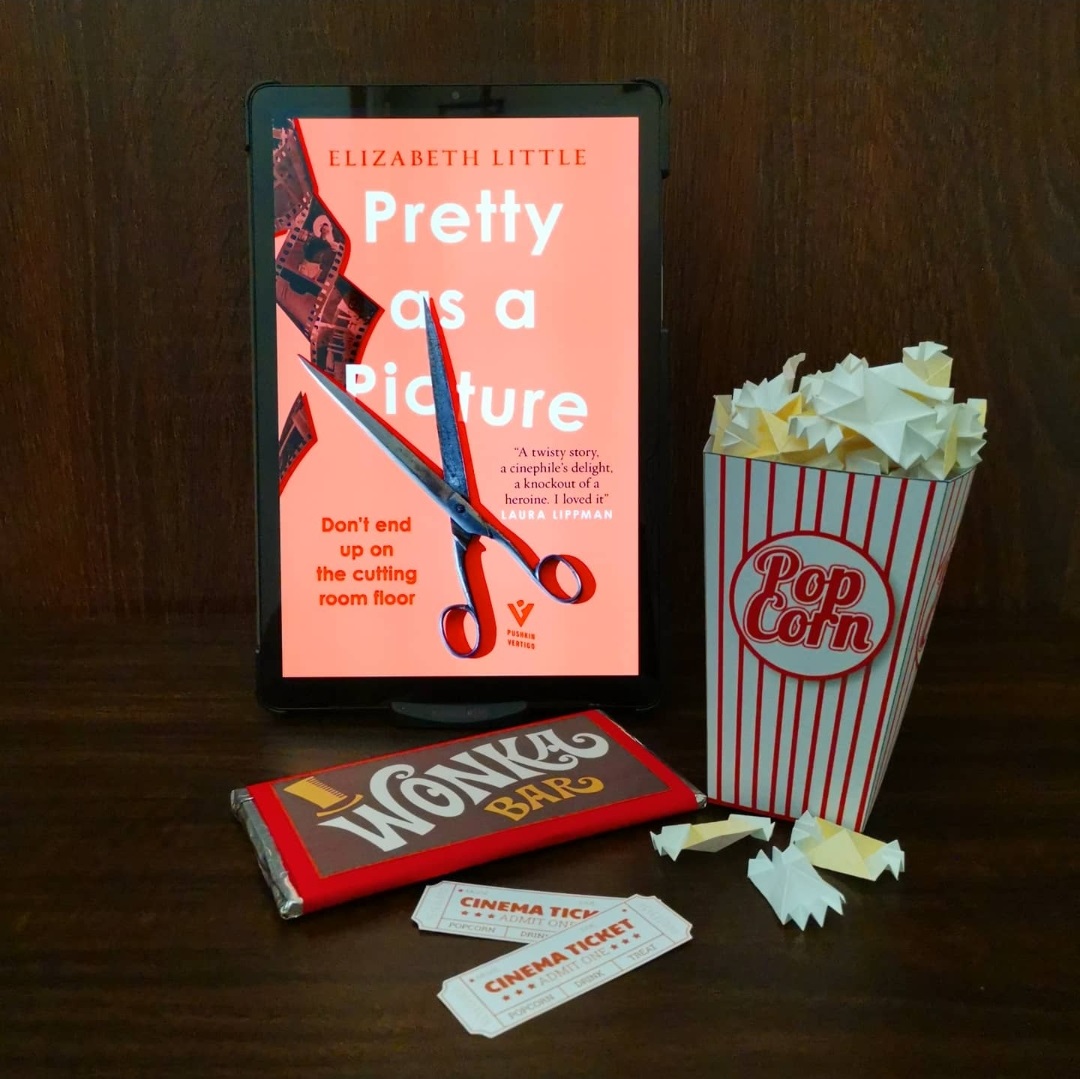 One notices in the opening chapter that Marissa is a quirky character. She is on the spectrum and struggles with human interaction. But she has this knack of creating a compelling narrative from a roll of film.

When her agent calls her to meet with a production house for a possible job editing a film in production, Marissa doesn’t think this is ideal. Not with the lack of a script and an NDA that’s sixteen pages long. But she needs the work and finds herself heading to Kickout Island, escorted by handsome, ex-navy SEAL, Isaiah.

The beautiful hotel she is told will be her base, also houses the film set. Unfortunately, this place is shrouded in secrecy. Shooting is already underway and Marissa learns the previous editor was fired for unknown reasons. All Marissa has to work with are rolls of film and a bulging plastic pouch of post-its written by him.

The film itself is based on the 25-year-old unsolved murder of Caitlyn Kelly-an aspiring actress-on this island. Her friend, Billy Lyle, was suspected to be the killer but was not charged due to lack of evidence. He now runs a private ferry to and from Kickout Island.

Scavenging the kitchen for food on her first night, Marissa meets teenagers Suzy Koh and Grace Portillo who’s parents work at the hotel. Recognising them to be amateur detectives, Marissa realises they are investigating the murder on their own in order to prove Billy’s innocence.

When unexplained accidents on set begin to spark Marissa’s curiousity, she encounters a dead body on the beach. Together with Isaiah, the four join hands to uncover the real story of Caitlyn’s murder.

This is not the heart-racing thriller I expected it to be. It is, instead, a slow-burn mystery, taking its time to develop. The narrative is interspersed with Grace and Suzy’s podcast in the future which revisits the events during filming and discusses their emotions at the time.

I enjoyed what little behind-the-scenes action was described on set. It gave an interesting peak at the business of making movies. The author teases a romantic connection between Marissa and Isaiah but other than witty banter, doesn’t explore it further.

The book is written in first person and I think the author did a brilliant job in creating Marissa’s peculiar voice. It kept me hooked to the point the slow build-up of events didn’t bother me. I also though the podcast discussions between the characters added to the mystery even though they didn’t reveal anything new.

An intriguing exploration of human character amidst the glamourous but toxic world of show business, this is a funny entertainer coupled with a murder mystery.

Pretty as a Picture by Elizabeth Little. This edition published in July 2021 by Pushkin Vertigo, a division of Pushkin Press. This ARC courtesy of NetGalley and Pushkin Press.

About Photo: Marissa is a film editor so this craft pairing had to be about the movies.
The box and movie tickets are made from a generic template in 200gms cardstock and the popcorn is in origami with 80gsm paper. The chocolate is made from a cardstock box, covered in foil, and wrapped in a Wonka bar label. Why Wonka, you ask? Well, when Marissa introduces herself, she says: that’s Dahl as in Roald, not as in Barbie. 😀 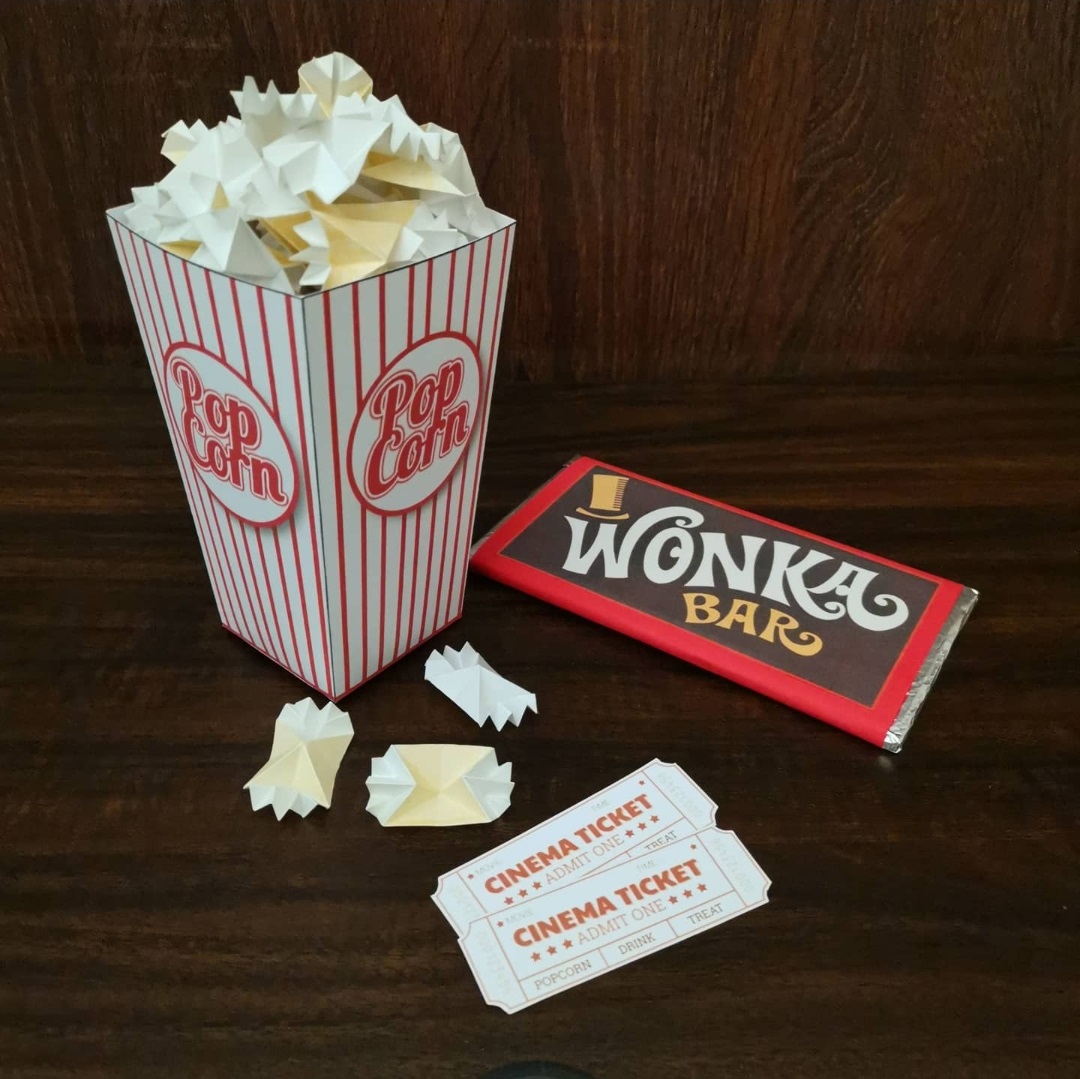 About the Author: Elizabeth Little is the author of Dear Daughter, which won the Strand Critics Award for Best First Novel, and two works of nonfiction, Biting the Wax Tadpole: Confessions of a Language Fanatic and Trip of the Tongue: Cross-Country Travels in Search of America’s Languages. Her writing has also appeared in the New York Times, McSweeney’s, and the Los Angeles Review of Books, among other publications.
She lives in Los Angeles with her family.
You can connect with her on Twitter.