I do not consider myself a Bollywood fan, but ever since I read Yasser Usman’s first biography, written on Rajesh Khanna, he has easily become my favourite Bollywood Biographer. That first book was a gift from my mother who often told me stories of the craze around Rajesh Khanna from her younger days. When Usman announced his latest, we decided to read it together.
Of course, I had to get myself a signed copy but was wary of stepping into a bookstore amidst a pandemic. Unbeknownst to me, while I was holding off buying a copy in the hopes to get it signed in person (because, honestly, that’s the only way it matters), my mom—tired of waiting—got herself the eBook, read it by herself, and nonchalantly passed it on to me.
Guru Dutt’s filmography includes names which have long been considered as some of the finest films ever made in India. His masterpiece Pyaasa (1957) was featured in TIME magazine’s All-Time 100 Movies list in 2005.
His films continue to be celebrated and revered by viewers, critics and students of cinema the world over, not only for their technical brilliance but also for the eternal romanticism and their profound take on the emptiness of life and the shallowness of material success. He was Indian cinema’s Don Juan and Nietzsche rolled into one.
While much has been said and written on the film-maker and his art, little is known about his life behind the screen. Guru had it all — love, family, money, fame and validation from his audience. His untimely death by suicide, after multiple failed attempts, had shocked the entire film industry. But what led to that fateful night when he tipped his hat and said his final goodbye?
तंग आ चुके हैं कश्मकश-ए-ज़िन्दगी से हम
ठुकरा ना दें जहाँ को कहीं बेदिली से हम
Tañg aa chuke haiñ kashmakash-e-zindagī se ham
Thukrā na deñ jahāñ ko kahīñ be-dilī se ham
I am weary of this troubled life, weary of this troubled existence
In my grief, may I not reject the entire world
~ Sahir Ludhianvi, Pyaasa (1957) 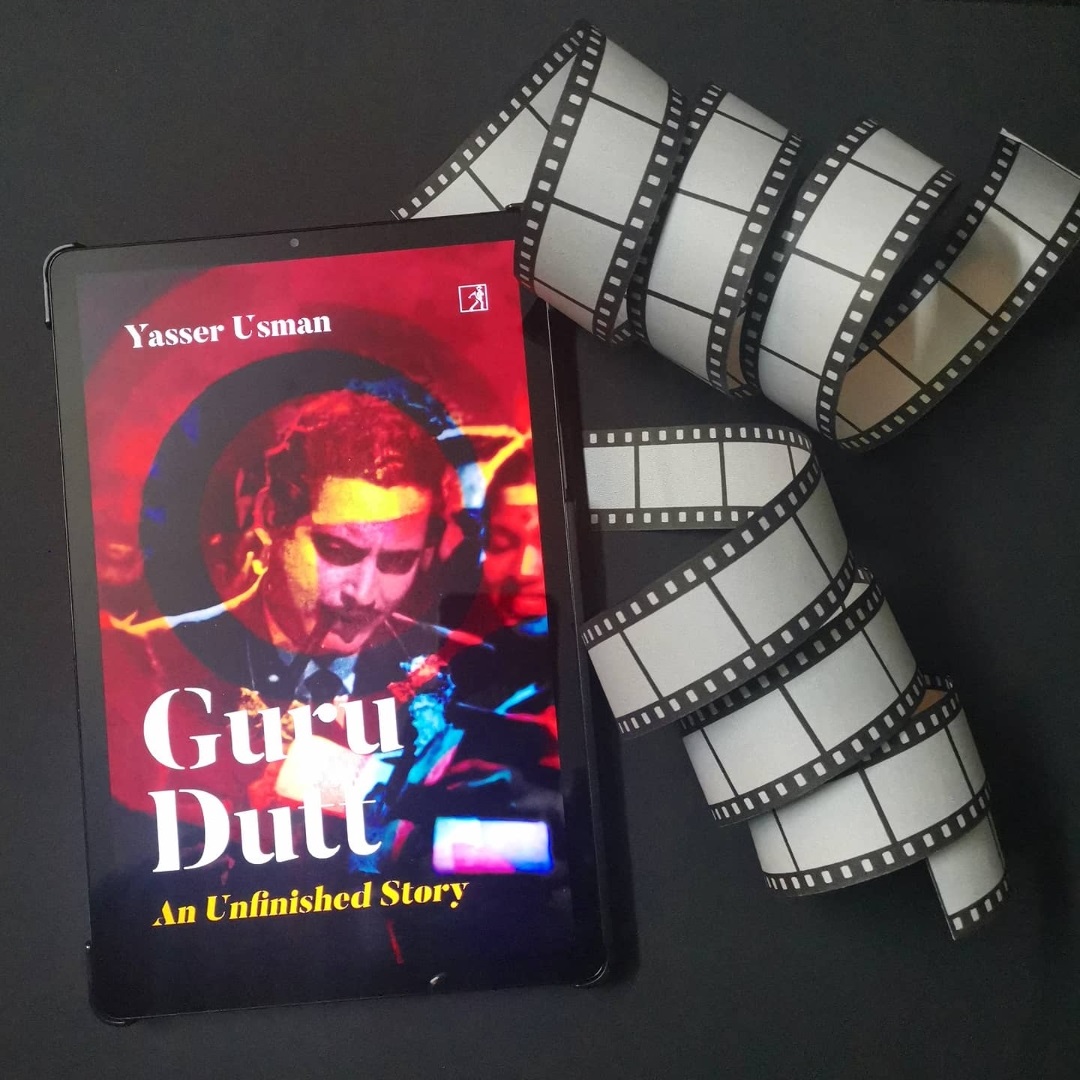 While most assume, Guru Dutt was, in fact, not Bengali, although he spent his formative years in Calcutta. He was born Gurudutt Padukone and belonged to Mangalore’s Saraswat community. It was only later he added a space between his name, making it Guru Dutt, perhaps as an ode to the place he loved.
An even lesser known fact that caught my attention in this book was that Guru Dutt wore thick glasses for his poor eyesight. Only in front of the camera would he remove them, though he worried he was incapable of projecting intense expressions with his eyes. He probably couldn’t even see the camera while shooting but he worked hard to deliver the intensity through his eyes. What a wonder, considering his eyes were where the magic began.
True to his style, Usman digs through Guru Dutt’s life behind the camera to uncover the grief and loneliness that bound him. Dutt had an artist’s vision and refused to compromise on it. He realised early on that in order to make meaningful films that reflected on life, he had to balance them with commercial films which would set the box office ringing. He single-handedly juggled being a producer, director, actor, and financier.
The book chronicles the film industry in the 50s and 60s – how film making was changing, evolving. Usman connects these with their impact on Guru Dutt’s dreams over the years – the building of them and their destruction. While the telling of this story is not exactly linear, it lays bare the internal struggles Guru Dutt experienced in his relationships, in love, and in his cinematic endeavours.
The author draws on interviews with people from the film community, Guru Dutt’s friends, and members of his core team. He also relies heavily on conversations with Guru Dutt’s sister Lalitha Lajmi to deconstruct his mental state during the course of his short life.
This is a richly layered narrative of the complicated life of a troubled genius. I imagine it must not have been easy to delve so deeply into investigating the mental and emotional state of his subject without being affected by it himself. It is incredible how the author draws a moving portrait, capturing the nuances of Guru Dutt’s ambitious life in this gripping account of the man and the myth.
Bonus: The author and publisher have put together a specially curated, chapter-wise song list that you can listen to, while reading the book. This is available on Spotify and YouTube.

Guru Dutt: An Unfinished Story by Yasser Usman. Published in January 2021 by Simon and Schuster India.
Book 10 of 2021.
Aquamarine Flavours Rating: 🌟🌟🌟🌟.
Available on Amazon*.
About Photo: Abrar Alvi, writer, director, and member of Guru Dutt’s team, had said that Guru Dutt shot films in random order and the raw stock he used for any one film could have finished upto three films.
This is a papercraft version of film stock I created.
About the Author: Yasser Usman is a television journalist and film biographer. He has bagged the prestigious Ramnath Goenka Award for Excellence in Journalism. He has also been a recipient of the NT (News Television) Awards three years in a row. He is the author of the bestselling books—Rajesh Khanna: The Untold Story of India’s First Superstar, Rekha: The Untold Story and Sanjay Dutt: The Crazy Untold Story of Bollywood’s Bad Boy. This is his fourth book.
You can follow him on Instagram, Twitter and Facebook.