What makes old age hard to bear is not the failing of one’s faculties, mental and physical, but the burden of one’s memories. ~W. Somerset Maugham

Eudora Honeysett is done with this noisy, moronic world—all of it. She has witnessed the indignities and suffering of old age and has lived a full life. At eighty-five, she has no intention of leaving things to chance. Her end will be on her terms. With one call to a clinic in Switzerland, a plan is set in motion.

Then she meets ten-year-old Rose Trewidney—a whirling, pint-sized rainbow of colour and sparkling cheer who arrives at her doorstep. All Eudora wants is to be left alone to set her affairs in order. Instead, she finds herself embarking on a series of adventures she’d never imagined, with the irrepressible Rose and their affable neighbour, the recently widowed Stanley. Her days are now filled with afternoon tea, shopping sprees, trips to the beach, birthday celebrations and pizza parties.

While the trio of unlikely BFFs grow closer and anxiously await the arrival of Rose’s new baby sister, Eudora is reminded of her own childhood—of losing her father during World War II and the devastating impact it had on her entire family. In reflecting on her past, Eudora realizes she must come to terms with what lies ahead.

But now that her joy for life has been rekindled, how can she possibly say goodbye? 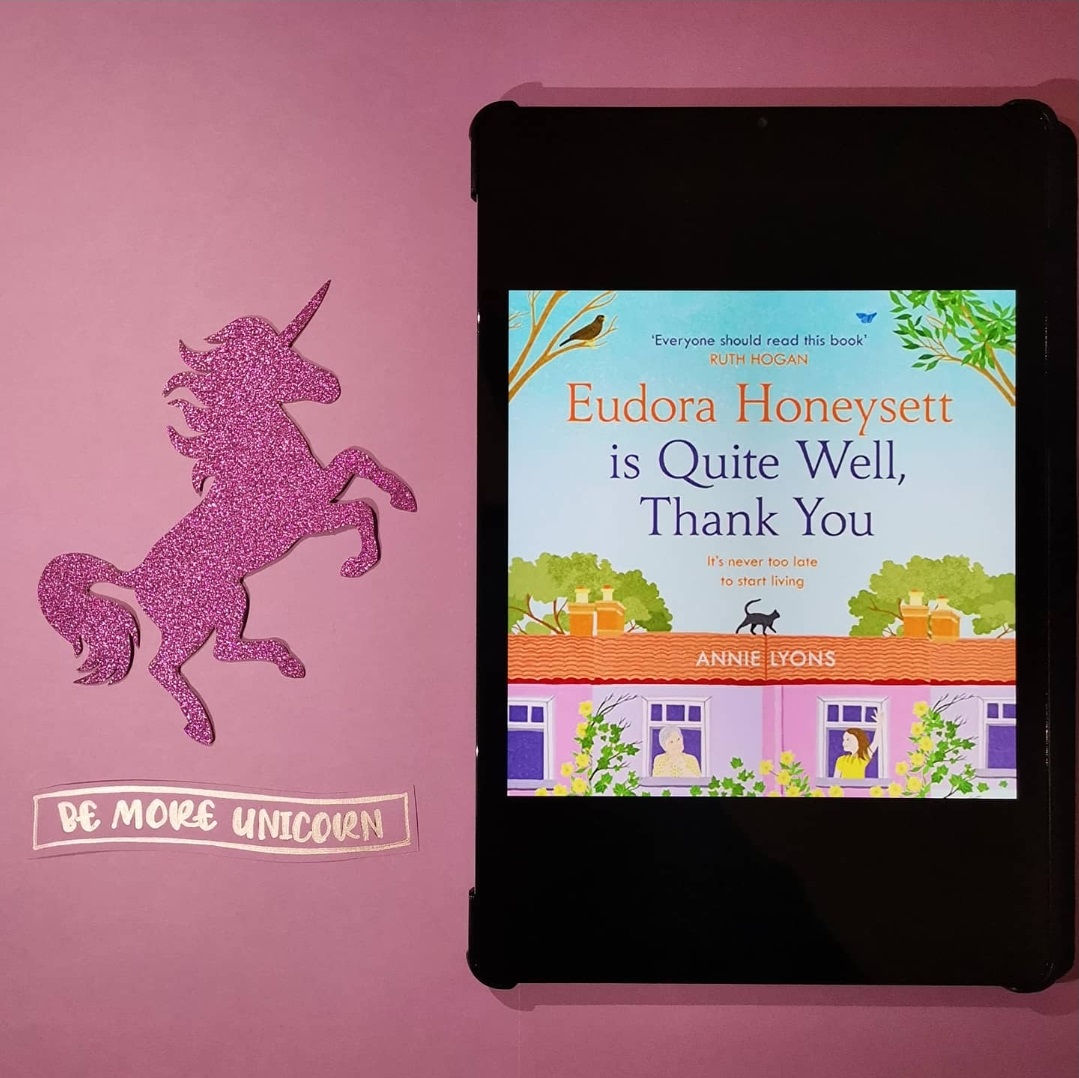 Eudora has had a difficult past. Her relationships have been painful and lacking of love, not to mention she has no family since the death of her mother fifteen years ago. That and old age may have made her bitter but she has wrapped it around herself like a shield.

Her decision to take her life into her own hands gives her a sense of independence and freedom. As she begins the process of approval, Eudora finds herself pulled into an unwilling and unusual friendship with Rose. A seventy-five-year age gap between them, Eudora is uncertain why this girl insists on monitoring her moves like the KGB, following her wherever she goes. Rose, ever curious, turns out be wise beyond her years – a fact that surprises Eudora. Stanley, perhaps a few yours younger than Eudora, is the more willing participant in the group. He finds joy in living and spreads happiness around him.

In a comic turn of events, Rose and Stanley convince Eudora to join them on their impromptu plans and together they strike up an unlikely cross-generational friendship. However, her memories continue to haunt her, making her even more determined to go through with her plans. She keeps it a secret from her new friends, intending to simply vanish when the time comes.

Eudora’s story describes the challenges about facing life in the old age when one has nothing else to look forward to except death. Should one stop living and wait for death to come? Isn’t that why old age becomes sad, because not only joy, but hopes cease as well? Perhaps this is a fork in the road when one must decide a new course of action. A new way of life.

Eudora gets to view life not only from her own eyes, but from those of Rose and Stanley, too. They each bring a perspective which has absolutely nothing to do with age. Their company shines light and adds warmth to Eudora’s dull life which, though she might deny at first, has brightened up her days. It is heartening to see their friendship bloom and add meaning to each other’s lives. They’re the friends everyone needs in their life but rarely find.

I am not the kind of reader who will take her time with a book. If I love it, I go all in; read it non-stop if I can and only catch a breath when it is finished. With this book, I broke all my rules. I’d waited months to be approved for it on NetGalley and somehow knew I was going to love it. I refused to go beyond a couple of chapters every day for fear that the book would end soon and I would suffer from major withdrawal. I spent a week with it which, sadly, didn’t help the tiniest bit with the withdrawal.

I must add, Nicolette McKenzie’s narration of this audio book was incredible. An audio book’s appeal comes not only from the content but also what the narrator adds to it in their performance. I loved how she brought Eudora’s world to life, evoking a deep, heartfelt connection with her story and the people around her.

This book has raised the bar of expectation this year. It is a beacon of hope in a world that does not look very promising right now. It will warm your heart and make you laugh. Most importantly, it will persuade you to be eccentric now and not wait for old age to wear purple.

Eudora Honeysett is Quite Well, Thank You by Annie Lyons. Narrated by Nicolette McKenzie. Published in 2020 by One More Chapter, an imprint of HarperCollins UK. This ARC courtesy of NetGalley and HarpercollinsUK.

About Photo: When Eudora first meets Rose, she thinks this ten year old, who claims to be experimenting with fashion, has terrible taste in clothes. It’s another matter that Rose later becomes Eudora’s style guru. One of Rose’s t-shirts reads Be More Unicorn and when Eudora asks her what it means, she replies – to be more sparkly and magical. Well, I thought I’d try sprinkling some of that sparkle and magic myself.
The unicorn is cut on glitter cardstock and the hand lettering is done using a silver metallic pen.

About the Author: After a career in bookselling and publishing, Annie Lyons published five books in the U.K., including the best-selling, Not Quite Perfect. When not working on her novels, she teaches creative writing. She lives in south-east London with her husband and two children.
Connect with her on Instagram, Facebook and Twitter.

*Disclosure: This post contains an affiliate link which means, at no additional cost to you, I will earn a small commission if you click through and make a purchase.