Noted Historian and Travel Writer, Jan, Morris said of Kashmir: Kashmir has always been more than a mere place. It has the quality of an experience, or a state of mind, or perhaps an ideal. 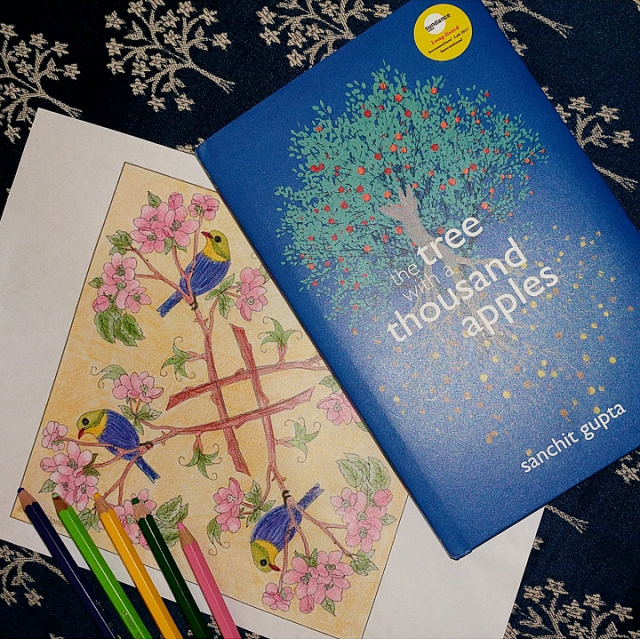 Inspired by true events, the story follows the lives of Deewan Bhat, Safeena Malik and Bilal Ahanagar, three innocent children growing up together in the Kashmir Valley. Amidst cups of spicy kahwa, and cricket matches paused by a broken antenna, they live in and around the protective shade of the tree with a thousand apples, whose roots and branches spread in peaceful coexistence. Until the night of January 20th, 1990, when insurgency destroys the tranquility within this beautiful valley.

Deewan is forced to flee his home, leaving only with a memory of the tree that still bears a thousand apples. Safeena’s mother becomes collateral damage, and Bilal finds himself in a life of poverty bound by fear. Overnight, paradise becomes a battleground and friendships struggle with fate as they are forced to choose sides against their will.

Twenty years later, when the three friends meet again at the cross roads, an exiled pandit longs for his home, an innocent civilian fights for justice, and a ruthless rebel aches for redemption.

At a time when all sense of right and wrong is lost, will these three friends choose to become criminals, or saints?

To find out more about this book, read my detailed review as published at Writersmelon.com.

About the Author: Born and brought up in the hills of Himachal Pradesh, Sanchit Gupta began his career as a part-time copywriter with an advertising agency in Mumbai. He went on to co-found his own theatre group, worked as a freelance film screenwriter and as executive producer – fiction for a leading television network. His short stories have been published in several esteemed publications and literary journals and have won acclaim in leading literary festivals and online forums. One of his film scripts (fiction) has been long-listed in a globally reputed screenwriters’ lab. He has worked with All India Radio as a talk show host and regularly features in poetry recitals at Prithvi Café, Mumbai. This is his debut novel.
Apart from being a writer, he is a brand management professional with a wide range of brand building and communication development experience across FMCG, automobile and media industries. His works explore his fascination for global cultures, societal structures, vagaries of the world and the human mind.
He welcomes interaction on Twitter @sanchit421. Find out more about the author and his work at http://www.sanchitgupta.in.

Note – I received this review copy from Writersmelon.com in exchange for an honest and unbiased review.