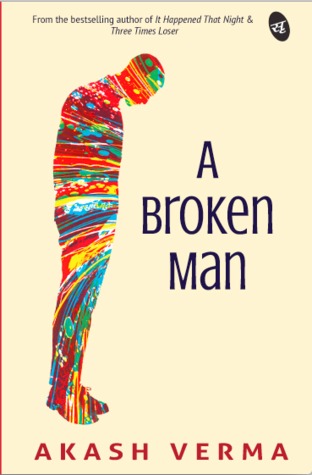 It is said that failure is the stepping stone to success. Only those who persevere towards their goals despite setbacks, live to write their success stories. But what happens when your story is written before you even arrived into this world?

Krishna is a Dalit boy who is hoping to turn his life around with better prospects than what his village in Bihar can offer him. In his desire to change his destiny and make a name for himself, he allies with the leader of a student political party on campus, hoping that this would give him an edge in surging ahead on the path to prosperity.

Chhavi, the daughter of a respected and notable politician from a Brahmin family is fighting towards attaining equal and fair rights for the students of Lucknow University. By raising awareness of corruption and reservation on campus, she brings herself to the forefront of the debate.

Soon, Krishna and Chhavi find themselves on conflicting sides of the argument.  While Krishna may not understand the significance of the issues under question, he is determined to play his part of the opposition. However, when Chhavi is attacked during a protest, Krishna rushes to save her, thus turning their animosity into friendship. It takes a while for them to understand each other as they make their way through unfamiliar territory, before falling head-over-heels in love with each other. But can a Dalit and a Brahmin truly have a future together in this society.

In his third novel, Akash Verma brings you a story whose roots are buried deep under the parched fields of casteism and politics.  The author takes you through life as seen by a young man whose fate was written by an age old system of social divide. He reminds us of the little things we take for granted that are a luxury for many others.

The characters are drawn from life and the situation they are thrown into is what every city, town and village has been witness to in this country. Yet, what sets this book apart is the way the protagonist channels his hopelessness and pain, into fighting against his destiny. Of course, there are choices he makes and decisions forced along the way. But he uses every experience and emotion to write a few chapters of his own in his life story.

The book is written in an earthy, soulful voice interspersed with a more colourful one to differentiate the two main players –  their upbringing, emotions and outlook towards life. The author disguises valuable life lessons as short stories within the narrative which not only further the plot but make you pause and ponder over them. There are also many inspiring and thought provoking verses in devanagri script which reveal the emotional side of the protagonist.

There are a few lapses in editing that may irk you at times, but if you can get past them, the book might just end up giving you a much needed lesson in faith and determination.

Available on Amazon and Flipkart.

About the Author: Akash is an entrepreneur and Indian fiction author.
His work has taken him across the country and he finds this experience very relevant while giving shape to his stories.
He has authored two national bestsellers – It Happened That Night, in 2010 and Three Times Loser, in 2011.
Akash took up to writing fiction in 2007; and he attributes this sudden urge towards writing to his compelling passion in understanding human relationship and behavior.
He has a deep interest in music, literature, history and travel.
Akash is based in Gurgaon, India. You may email him at akashverma.author@gmail.com or visit his webpage http://www.akashverma.work. You may also follow him on Twitter and Facebook.

Note – I received this review copy from Writersmelon.com in exchange for an honest and unbiased review.